JOHANNESBURG, SA – You are more beautiful than you think, you are loved more than you know and wiser than you can imagine. More precious than gold, wonderfully made and there is no other human being on this planet like you. He knows you by name! It took a lot more than necessary for me to grasp the true meaning of the above truths. My name is Christelle Malewu Sternbaum and I was abused in several ways.

I met my child’s father through a friend of mine. Very quickly this guy wanted my Mix’it and BBM name (yes those were still around MDR).  We exchanged contacts and a few went out a few weeks after.  Before meeting him, I asked my friend (the one who connected us) what type of a person this guy was. He warned me to be careful of him, that he was a loner and might end up isolating me from everyone. But, I thought my friend was being jealous and didn’t heed his advice.

It all started with him wanting to know where I was, what I was doing and with who. My naïve self did not know the difference between an attentive man and a controlling guy. I thought: “WOW! There is actually someone who cares enough to want to know what is happening to me.”

I quickly found out that was not the case, because we could not even go to the mall without arguing just because another guy looked at me. He would constantly accuse me of cheating on him with my male friends. Hence I ended up distancing myself from them. He even made me delete my social media accounts and ended up really isolating me from everyone.

Abused in all forms

It so happened one good Sunday afternoon in 2010 I went out for a smoke (don’t smoke anymore). I was refused to get in the house (for 2 hours I stood outside and could hear how my mother was telling my brothers not to open for me). We were chatting on the phone and I told him what was happening. He proposed that I speak with his parents so that I can stay with them until I sort things out with my mom. At this point we were in a relationship for 6 months and our families knew each other. Given that I had no other place to go, I accepted and his family let me stay with them.

This is when the physical abuse started, he would hit me in certain parts of the body where it was not visible. I did not have the habit of wearing revealing clothes anyway so nobody could see. And every time  I threatened to go to the police he would say, “They won’t believe you! What proof do you have? I will just deny.”

After 2 months of this I actually left because I just could not take it, that’s when I found out that I was pregnant. As I was horrified of the idea of abortion, I decided to give him another chance for my child’s sake. I did not want my child to grow up without their father like I did. And, I was hoping he would change now that he was getting ready to be a father. Again, I was wrong.

When I was about 6 months pregnant he took me away from everyone and went to rent a place in a farm plot. There were no public transport in that area, so I could not go anywhere! This is when the sexual abuse started too. I clearly remember the one time he hit my tummy so bad I thought I was going to lose my child because of how much it hurt. The emotional and verbal abuse got worst.

He forced himself on me in every imaginable way and would say, “ I have to do this because the child needs to feel my presence for bonding.”

Surviving for my baby

When I was about 8 months pregnant he would leave me on weekends to go party with his cousins. He was also doing drugs (cocaine to be specific). I know this because I caught them more than once sniffing. He would beat me if I dared say anything, would take me by my ponytail and bang my head on the wall.

At this point he had taken my phone away, so I had no means of communication with the outside world. When my daughter was born we went to stay with his parents and it got even worst.

I gave up fighting him off me when he wanted to satisfy himself. He would say, “ You should actually be grateful that I’m still turned on by you! You are so fat and ugly! Which man would desire such a useless ugly K B?” or “You are busy crying but your body is saying something else” or “You will never do better than me!”

When I would tell his parents that their son was being abusive and that I was contemplating leaving; they would threaten to take my child away. They said they’d call child service on me if I dared do such a thing. I even contemplated suicide, but talked myself out of it for my child’s sake.

He couldn’t break me

When I had finally decided to actually leave they took everything away from us, we had to start from scratch. The police said, “We cannot file a report because those are things they gave you and you were living in the same house at the time.” The court granted him visitation rights every second weekend and holidays (yes they took me to court countless times for custody).

I went through trauma counseling and relationship coaching for 2 years after that so that I could reintegrate in society. Because, I could not even trust myself around other people. I questioned everyone’s motives for approaching me. Including my own motives for allowing people around me.

It took a lot of time in those counseling rooms and in prayer. But, today he could be in front of me and I feel absolutely nothing! No hate/resentment/anger. Instead I have reached a point whereby I have prayed for his salvation. I learned to look at the souls that would be won for Heaven because of the testimony.

Today I’m a qualified ancillary nurse, office administrator and will soon graduate from fashion school as a fashion designer. I’m working as an administrative manager and building my own company on the side (of which is registered). Working with various charity organizations, also in process of building orphanages across Africa with my friends from overseas. That to me does not sound at all like a useless person!

And I have repeatedly asked myself this question : Is holding on to the hurt worth my eternity? And the answer has been NO! 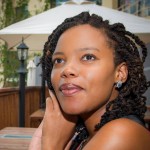 1 thought on “He Abused Me, but couldn’t Break Me”

He Abused Me, but couldn’t Break Me